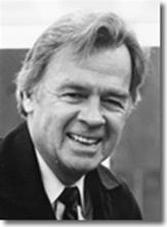 Arthur Chickering
The theory focuses on the overall identity development of college students.

The second vector is the ability to manage emotions.  College students face a wide variety of emotions, and by accomplishing this vector, student become aware of their emotions and how to manage them. There are many aspects of college that encourage intense emotions in students such as fear, anger, happiness, and sadness.  It is important for students to recognize the balance between self-awareness and self-control of their emotions.

The third vector is the movement through autonomy toward interdependence.  Students must learn to operate on their own, and take responsibility for themselves.  It is important for students to find emotional and instrumental independence.  Emotional independence means the ability of a student to willingly risk relationships of those who are close to them in exchange for pursuing their own individual interests or convictions.  Instrumental independence is the ability to solve problems on one's own.  Through this vector, students can manage the tensions between the need for independence and the need for acceptance, along with respecting the uniqueness and independence of others.

The fourth vector is the development of mature interpersonal relationships.  This requires the ability to be intimate and the ability to accept and celebrate unique differences.  College students have the opportunity to meet a wide variety of people, with a variety of different beliefs, values, and backgrounds.  This exposure can help students gain such tolerance of unique differences.   Intimacy refers to the ability to establish relationships that are close and meaningful.

The fifth vector deals with the establishment of identity.  "Development of identity is the process of discovering with what kinds of experience, at what levels of intensity and frequency, we resonate in satisfying, in safe, or in self-destructive fashion," argues Chickering.  This development establishes how an individual is perceived by others.  Ultimately, the formation of one's identity leads to a sense of contentment with one's self and how that self is seen by others.

The sixth vector is developing purpose.  College students begin to identify why they are earning their degree.  The not only establish the purpose of getting a job, earning a living, a building skills, but the development of purpose moves beyond that.  Through experiences in college, students discover what gives them energy, and what they find to be most fulfilling.

Lastly, the seven vector is the development of integrity.  This vector is closely related to the previous one, as it is the ability for students to personalize humanizing values, and apply them to their own behavior.  Many values that students bring with them to college are challenged in this environment.  The establishment of integrity is the ability for students to assemble and practice the values that are actually consistent with their own beliefs. (Chickering, 1969)